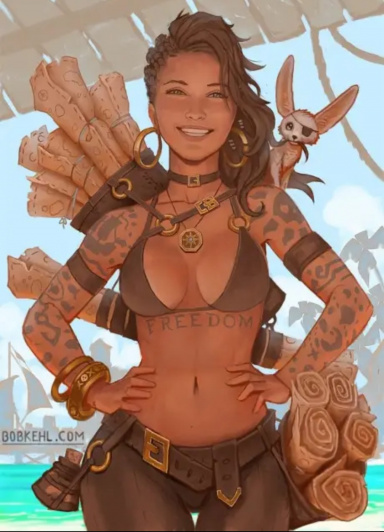 Hello everyone. This is something i have been working on for some time and its purely for fun so i thought why not share it too.
It's my own creation and something i do in free time.

Hurry up you bearded Bronz fool. If we are late it will cost us our beard.
I am terribly sorry I didn't expect his return so soon. I thought we will have more time before he makes his move. Throng when did you arrive?
I arrived this morning. Couldn't believe my dwarven ears when I heard he is back. This will change our plans immensely. Did you notify Silverin of the changes?
Yes, yes I did. He said we still move like we aimed to. The Moot is to assemble a year from now. Until then we have to secure enough votes for the election of the King. If we fail we are destined to meet the edge of the axe.
Good. We mustn't waste any time otherwise he will take full advantage of that. When I heard he arrived I couldn't believe it. We thought he is busy fighting the Ind and that it will take him weeks until the comes. But for him to actually sign a peace deal with them in order to get here doesn't mean anything good for us.
He signed a peace deal with the Ind? I wasn't aware of this! By the Earth Mother does this mean his army is now ready to move?
His army is already here my friend. He invoked his right of heritage to get the hold of the royal capitol. He doesn't have the King's Hammer but he sure has its resting place.
He is moving faster than we thought. He must be dealt with.
You really wanna invoke the wrath of Fullgrim the Lava breaker? You are a bigger fool than I thought. Now be silent we are entering the auditorium.

On the stage in his full war gear was Fullgrim the Lava breaker. Son of the deceased King of Dwarfs. Unlike most Dwarfs he was a bit taller and to a regular citizen he seemed like a giant amongst men. Respected but Feared, Cruel but Just, Strong but Cautious. In the eyes of many he was the perfect option for the king. For others he was the last option to be a King. Such an imposing ruler would mean a tight grip over the Kingdom and many in the Dwarven Kingdom would prefer their intrigue and business to be out of the reach of court spies and court tax collectors. Now with his Father dead Fullgrim decides to address the nobles whether they are friend or a foe.

Fellow Dwarven Brethren. I don't address you as a grieving son because I am not one. I loved my father with all of my heart... But my father was a weak King.
Hums and chatter start as soon as those words are said but Fullgrim with the handle of his Hammer silences it with a quick slam to the floor and follow it by saying:
Please, save your chatter after you hear my words. I don't appreciate interruptions and lack of respect
Room goes silent

I now ask all of you:
Is that enough for you? Are you content with what we have? Do you feel proud when you make the offering to Earth Mother?
If you say yes then by all means you can leave this chamber and live a happy life. I wish you all the best and may Earth Mother bless you with a long enough for you to realize your lack of ambition.

I am not satisfied. I will not sit back and watch this Kingdom decline more and more. I will show you all the full potential of what we can do. I am not your King but I am the Thane of my own Clan. I will use my right and I will show you true power. In one year time I, Fullgrim Lava Breaker, the Burned one, the Hammerer, the Rune Lord, The Slayer of Gorks and tamer of Fire will conquer the Fort of Cloudpeak. And once I do what no one before me did I will return here and expect the Axe of the Kings to be placed into my arms. Until then I suggest you all to watch me. And if you tell me I don't deserve to be King I will kill you myself. Those that do recognize me as the King follow me beyond the Vulkun Mountains through the gates of Cloudpeak. We will conquer the 5 states and take their riches and lands for us.
Azar Golo!

Many lords stayed in the chamber to discuss what they just heard. They couldn't believe the show off force they just witnessed. To some it felt like the Earth Mother blessed them with the King that will finally lead them beyond what they were lead before. To others this show of force just emboldened their resolve to never have a king like that. One Dwarf in particular was eager to leave the chamber fast...

Well these are utterly bad news. This wasn't just some bravado and an empty threat. He fully intends to invade us. Dammit. I must get this word to everyone and form a plan. First I need to get out of this Dwarven disguise and resume my original form. My fucking knees hurt from being this short but burly. Summoning portal is prepared so I must be fast here. The moment I cast the spell they will notice it. My shapeshifting is loosing power, I didn't consume any blood lately. Let's just keep it cool and make it to the chamber.

Hey Bronz! Wait a minute
Oh no, shit. Go away. I must hurry otherwise he will notice - shapeshifter mumbles in their chin
Hey Bronz, I said wait. Bronz?
I need to use toilet i'll be - in that moment shapeshifting ability lost control for a bit and the voice broke - right back.
What? You there stop! Who are you?!? Guards! Guar - in the blink of an eye the dwarfs throat was slit. Looking back at the attacker Dwarf saw a tall slender figure shape shifting. With his last breath he said:
Vampire scum...

Shapeshifter rushed to its chamber. Guards on its tail. It quickly started the summoning spell while putting on the clothes and weapons. Soon knocking on the door started.
Hey open the gate! Open it now! You are under the arrest for the murder of Lord Throng. Open the gate now!
"Move you fools"
Lord Fullgrim?!?
I said move.
Shapeshifter hearing the voice of whos coming prepared for battle.
Come on , just few more seconds until spell activates. Come on!
With a brutal strike of the hammer Fullgrim slammed the door of the chamber making a massive hole in the center. Dwarf Guard rushed the door only to be pierced by an Ice Shard through the hole in his helmet. Another shard was aimed at Fullgrim but he deflected it with his hammer taunting the Shapeshifter.
Is that everything Vampire can offer these days? Ice Shards and Shapeshifting? Go on , tell everyone of what was said here. It will make no difference. I will still conquer you all.

Shapeshifter after a moment of silence responds.
We will see about that. Plus you already failed to stop me.

Fullgrim with a suprise look on his face stops for a second only to realize they activated a trap. With breaking the door he also broke the Ice Seal that was put on it. Suddenly a block of ice burst from it creating a barrier.

Relieved the shapeshifter thinks to itself - That will do it. I should be safe now and focus o....
Massive strike shakes the room, followed by another strike. Such intense power caught shapeshifter off guard and threw them off balance. Looking back shapeshifter could see ice melting and bursting while enraged Fullgrim with Hammer encased in Fire breaking through it.

With impeding death second away shapeshifted suddenly found themselves on the floor in front of a tall and pale figure.
Well well well sister. Looks like someone almost crapped their pants.
Relieved to be teleported before the killing blow Shapeshifter lays on her back lucky to be alive.
Ludwig... we are in deep shit. I must see the father right now. We should all talk.
I'm on it Eve...

Thank you for reading those who did
This is small intro into everything. Next part should drop tomorrow where Eve and Ludwig inform their father of the impending doom and their plan to prevent it with the help of best warriors on the continent​

If I'm allowed to give feedback I think what this text need a bit of focus on is structure, there is no differentiation between people talking or the narration it is a bit strange. But else it's good, keep it up!

If I'm allowed to give feedback I think what this text need a bit of focus on is structure, there is no differentiation between people talking or the narration it is a bit strange. But else it's good, keep it up!
Click to expand...