Future Events Your predictions for the Wano arc

Salah Eddine said:
Usopp & Chopper saw the Numbers, where do you see the Numbers near Kaido? and again Queen didn't see them
Click to expand...

Not sure If they saw the numbers could also be the calamaties. But Chopper and Usopp were directly heading to the stage. 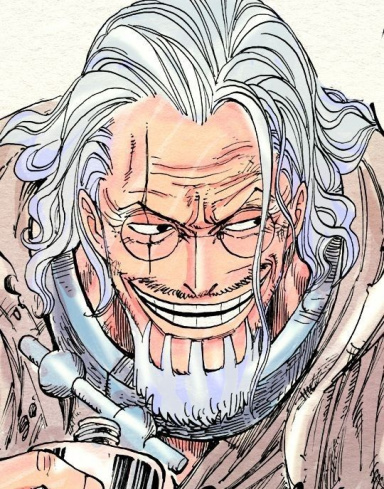 Nessos said:
I am just commenting and for the only 3 and not 6 not shown close to the Main Stage during the attack in Kaidou.
Click to expand...

Nessos said:
Not sure If they saw the numbers could also be the calamaties. But Chopper and Usopp were directly heading to the stage.
Click to expand...

From my point view, i made a prediction where i believed the moment Kaido gets attacked, most SHs won't appear to be there, whether they are close or not or what they are doing doesn't matter

When Kaido got attacked, Luffy & Nami & Jinbe & Robin witnessed it (I also mentioned Attack on Orochi and even though Kaido killed him, only those four were there to witness it too) other 6 aren't there yet 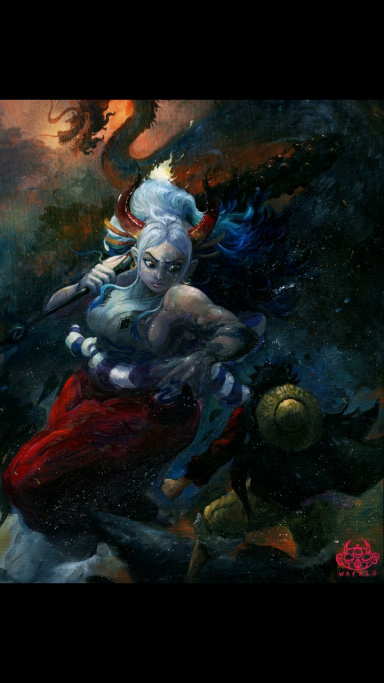 This is gonna seem a bit odd but I predict that even though there are still other places to go (Elbath, Lodestar Island, Mary Geoise) the main "Big Battle" is happening now on Wano. Once a Yonko either gets defeated or dies (if not 2) in this battle the Marines are gonna be all over Wano. This will spark Sword, CP-0, and the Admirals which will in tern cause the Revolutionaries, Shank's crew, and the Straw Hat Grand Fleet to show up.

And the odd thing is I don't think Oda had planned it this way. After Wano we were originally supposed to go to Elbath, then Lodestar and Laugh Tale, with the Big Climactic Battle at Mary Geoise; with the Yonko clash with Big Mom occurring on Elbath, Black Beard on Laugh Tale, before facing Imu on Mary Geoise. Unfortunately, either from Pressure by Oda's editor or concerns about Oda's health I am sensing that he's in a hurry to wrap up the entire story within a few years. You don't involve 2 Yonko in one place against the main character unless it's dealing with end game stuff. Just wanna point out i made a loose prediction but this is sidetracked somewhat with a mini-rant of how and what is going on in the manga. So far imo the New World with how Pre-Timeskip was, then is utterly below sub-par.

What i would like right now is the following;
Well i can continue but i am far too lazy lol


01. Zoro will help defeat Kaido
02. Momo will help defeat Kaido
03. Kid & Law will help defeat Kaido
04. Kaido will wreak havoc in Wano
05. Momo will fly Luffy (At least) to Wano
06. One of Scabbards (At least) will Die
07. Law will either Die or End his Alliance with Luffy
08. X-Drake will either Steal Road Poneglyph(s) or Oden's Journal
09. Aokiji or another Marine(s) will show up near the End
10. Sanji will defeat either King or Queen
01. The Hour of Legend will happen again
02. Zoro will show Asura or something similar
03. Big Mom will fight against all SHs (Separately or Together)
04. Chopper will Cure Smile's Side-Effects
05. Hiyori or Toki are related to the Traitor
06. Kaido will be defeated in his Dragon Form (Or Hybrid)
07. Momo & Hiyori will meet Moments after Kaido Falls
08. Scabbards will defeat Orochi
09. Oden's Journal will be Revealed
10. Luffy will decide that their next Destination should be Lodester
01. There is something hidden in that Mountain in Wano
02. Big Mom won't be Defeated or at least not Captured
03. Jack will Recover from his Defeat
04. One of Flying Six is a Traitor/Spy aside from Drake
05. Hawkins and/or Apoo will Abandon Kaido near the End
06. Most Straw Hats will take Action after Kaido is already Attacked
07. Marco's Role will mostly be Supportive (Healing)
08. King's Bounty is still Lower than Luffy's
09. Zoro will learn to Cut Fire
10. Yamato will join Straw Hat Pirates
01. Caribou will be Captured by BM Pirates
02. Perospero is holding Mont-d'Or's Book & all BMPs are Inside
03. Orochi is Alive
04. Killer will fight one (At least) Flying Six
05. Drake will fight one (At least) Flying Six
06. Act 03 will End before Chapter 1001
07. Sasaki is Half-Fishmen
08. Sasaki is Son of Kokoro from Water 7 (Father of Chimney)
09. Sasaki will Fight Franky
10. Kaido is a Successful Experiment of WG
01. Hancock will be Captured by Marines
02. Hancock will be taken to Mary Geose instead of Impel Down
03. Vegapunk will Finally be Introduced (Between Acts)
04. Kaido's Debt to Big Mom is that she rescued him from WG
05. Onigashima is Covered in Iron
05. Tenguyama Hitetsu is Kozuki Sukiyaki
06. Hiyori ate her Mother's DF
07. Who's Who has Smilodon DF
08. Sasaki has Triceratops DF
09. Luffy will be Defeated again by Kaido (At least immobilized)
10. Rocks D. Xebec will be shown in Kaido's Flashback
.... TBC
You must log in or register to reply here.
Share:
Facebook Twitter Reddit Pinterest Tumblr WhatsApp Email Link
Top Bottom